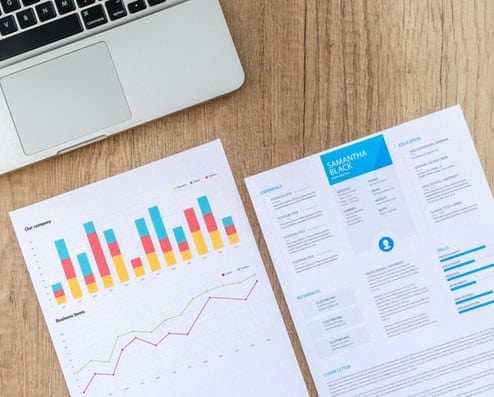 According to a 2019 report published by the Australian Small Business and Family Enterprise Ombudsman, mid-market companies continue to make a significant contribution to the Australian economy, despite being often overlooked by the media.

Yet, they are often cited as the engine room of the Australian economy, and the data backs this up. When reviewed by value added to the economy (the contribution to gross domestic profit), or the increase in the value of goods or services as a result of business activity, mid-market companies averaged 22 per cent of the total in 2018.

This equated to about $261 billion dollars in that year – a steady increase from $233 billion four years prior. That’s a big opportunity and one service providers can help grow.

What makes a mid-market company?

That question can be difficult to answer as there are varying views and metrics on how a mid-market company is defined. A company with relatively low employee count can have a high turnover, and vice-versa.

The Australian Bureau of Statistics counts about 50,000 mid-market companies in Australia with between 20 and 200 employees. This constitutes slightly more than 2 per cent of all businesses.

Mid-market companies (apart from size), have a few characteristics when it comes to doing business.

According to Accelera founder and CEO, Anthony Woodward, mid-market companies, while smaller than enterprises, often have relatively complex supply chains, customer offerings, and staff obligations (unless they are <$20m) and therefore require complex systems to run their business.

“This complexity means using multiple systems and integrating them can be a challenge,” Woodward said. “And they are generally poorly served for digital capabilities – software or services – as many vendors focus on the enterprise.”

Other characteristics include a relatively high percentage of “mum and dad” family ownership in Australia and, because they’re smaller than enterprises, they can be relatively agile if they need to change their business model.

How can we better define the mid-market? According to Woodward, the employee count can be expanded to 1000 seats, with revenues up to $100 million.

“We probably need to subtract from the numbers multinationals with local, but inert, branch offices. Also, as many as 56 per cent of mid-market organisations, according to recent studies, are government agencies. Their innovation focus is around delivering better services to citizens and seeking best value for money for their shareholders: us!”

With nearly a quarter of Australia’s GDP in the works, the mid-market represents a thriving opportunity for small and medium sized businesses.

If you are looking to do business with a mid-market company there are a few things to consider:

It is also important to note many mid-market companies are on the radar of PE or enterprise acquirers, who are trying to buy into markets – segments or geographies – to bolster their growth.

“This can change the game or take a sales cycle out of your hands,” Woodward says. “If that happens never mind, move on!”

Mid-market companies also generally have higher rates of employment, compared with large enterprises which tend to offshore, or do a lot of their core work in other markets, and then ‘import’ the deliverables.

“Mid-market companies are seen as the disruptive core of the economy – Australia’s ability to be innovative is strong in the sector,” Woodward said. “While some are quite traditional in their methods, the new generation of executives, family or otherwise, running mid market businesses can be quite innovative. We have found these companies to be well-run, and focused on good governance, culture, innovation and community contribution, all of which go a long way with their customers.”